INTERCONF is a program linked to GOAL (High Latitude Oceanography Group) and has been supported by PROANTAR since 2004 through several projects. INTERCONF seeks to understand the modes of spatial and temporal variability of oceanographic and meteorological variables in the Southwest Atlantic Ocean. The coupling between the ocean and atmosphere systems, and the exchange of heat fluxes in this interface. Meteorological and oceanographic observations have been taken annually from PROANTAR ships in the region where the Brazil and Malvinas currents meet, a region known as the Brazil-Malvinas Confluence (CBM), in deep waters at latitudes between 35°S and 42° S from the Southwest Atlantic Ocean in October and/or November each year.

This region presents synoptic atmospheric instabilities and impacts on the climatic balance of the coupled ocean-atmosphere system, given the meeting of the warm saline current in Brazil (coming from the North) with the cold and less salty current in the Malvinas (coming from the South). This variability causes effects at space scales of up to 500 kilometers and time scales of up to three months (oceanic mesoscale).

To study the meteorological and atmospheric processes along the route between Brazil and Antarctica, the following have been used: atmospheric radiosondes, oceanographic equipment, and a micrometeorological flux tower, which can measure heat transfers and carbon dioxide between other variables. These variables are sea water temperature, air temperature, relative air humidity, wind direction intensity, and marine current direction intensity. These physical parameters support the calculation of heat exchange between the ocean and the atmosphere.

The INTERCONF Project works in partnership with the Brazilian Antarctic Program (PROANTAR), a project of the Brazilian government that, since 1982, through the Brazilian Navy, offers support to take researchers to the Antarctic continent, with all the necessary equipment for the collection of data for surveys. 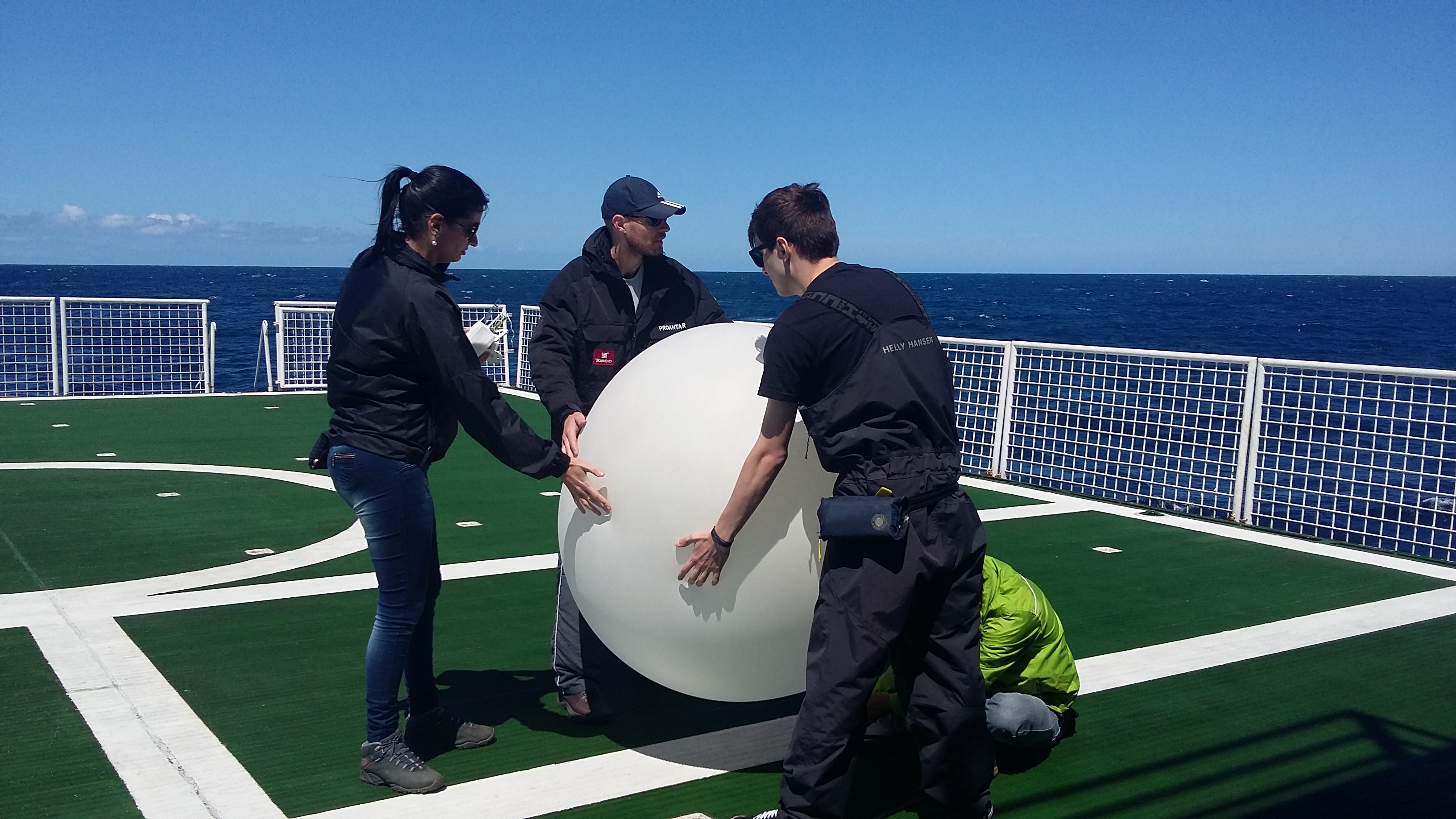